After an early morning lesson, Karen Li, 13, a member of the RABC's Junior High Performance Program, volunteered her time to hit a few shuttles with one of the RA Centre's oldest members, named Faz, 101, who into his hundred and first year of life! This gentleman (some of you may have run into him in the mornings) impressively could make contact with every shuttle that Karen hit his way! That makes sense, as he's had years and years and years of training under his belt! Impressive none-the-less. 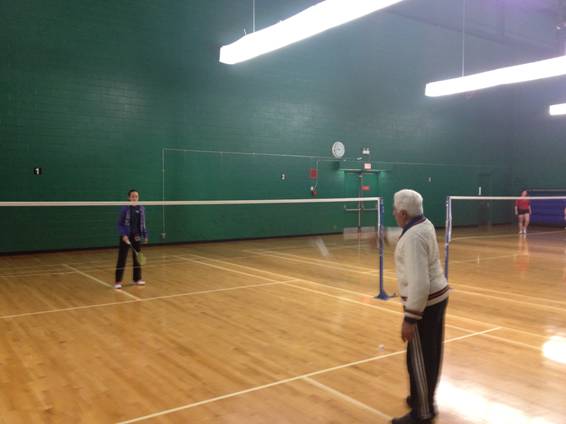 The encounter was another example proving that badminton is a sport for all ages!

The crowd enjoyed some thrilling rallies, followed by a slice of cake, and then the courts were opened to free play.