About    Partners    House of Sport    Curling Centre
.
.
A not-for-profit serving the Community for 80 years.
Our Story
A Brief History of the RA
​Since 1941 the RA has been providing memorable experiences to residents in the National Capital Region. The RA’s model of engagement has enabled members and the community to participate, socialize and explore health and wellness opportunities through ever-evolving facilities and programs ever since.

In the beginning, the RA was volunteer-run, operating out of a variety of locations offering Federal public servants recreation and leisure opportunities to enhance their lives. These early activities which included hockey, a radio show, card games, dances and tennis created a community of people – the early explorers of health and wellness.

Over time the RA began to take root. The Association planted a solid foundation through investment and the creation of a central hub in the form of the RA Lodge located off Wellington Street where Library and Archives Canada is now located. In 1943 thousands of federal public servants were RA members, meeting and playing in 23 separate rented facilities.
Our thriving Association needed further investment and expansion. In 1953 Prime Minister Louis St. Laurent announced a long-term loan of $500k to build a new building.  This plus a capital campaign with RA members allowed the RA Board of Directors to start the design of the building with local architects, Hazelgrove & Lithwick. While the original site where Carleton University is now located was deemed unsuitable, another plot of land near the Rideau River offered 32 acres on a 100 year lease.

In 1958 Prime Minister John Diefenbaker laid the cornerstone on the  W. Clifford Clark Memorial Recreation Centre, now the west wing of the RA Centre, where it remains today. The RA continued to expand requiring additional facilities for fitness, curling and hockey. This need for more play spaces led to the expansion of the Central wing in 1966 and the East wing in 1978.

During this period of growth the RA built up 250,000 square feet of play space while continuing to strengthen the RA’s central foundation of gathering, social experiences and wellness.

Over the years the RA has connected people and encouraged those in the National Capital Region to live healthier more social lives.. Our members have grabbed hold of the RA as a means to be a part of the community experience, essential to living their lives through the lenses of fun, social, sport and recreation.

The 1990s brought about dramatic changes to the financial health and positioning of the RA in the community. While our organization still offered a wide range of activities and sports, as well as banquets and meeting spaces, the funding model changed. The Federal Government conducted a full review of all its programs and services, including its role in the operation of the RA Centre. By the end of the review, the RA Centre was to operate 100% on our own. This new autonomous reality encouraged a move towards greater inclusion.  In the late-90’s, the RA Centre opened its doors beyond the federal public service and welcomed all members of the community.

As the 21st century began, the RA needed to streamline operations, offer value added services and grow membership. In 2004 the RA purchased the Rideau Tennis Club, a historic club located on the banks of the Rideau River. The Rideau Tennis Club remained in the RA family until 2017 when after careful consideration, it was determined that the Association would focus resources on the operations at 2451 Riverside Drive – the RA Centre.

This renewed focus resulted in an $8 million investment to design and develop the House of Sport, a unique and innovative sports hub re-purposing 37,000 square feet in the west wing of the RA Centre. This first in Canada project, integrating over 40 partners the majority being National and multi-sport organizations, has received international interest and recognition. The realization of the House of Sport has revitalized the west wing, energized RA staff and members and will fuel future initiatives. In addition, we have a proven model which will influence the next three years of design and strategy as we develop a 200,000 square foot addition.

The RA is in the early stages of building a revolutionary Sport for Life & Rehabilitation Centre that will integrate health care, recreation, sport and fitness in ways never witnessed in the Canadian landscape. To do this the RA has developed a new strategic framework which will propel and inspire staff and members to share their stories.

1943 - The RA Lodge was located off Wellington Street where Library and Archives Canada in now
1953 - The RA broke ground on a new building on a plot of land near the Rideau River
1958 - Prime Minister John Diefenbaker laid the cornerstone on the W. Clifford Clark Memorial Recreation Centre
1978 - A “fish-eye” view of the RA’s new badminton facility
2018 - House of Sport official opening
Stay Tuned.... "Phase 2" 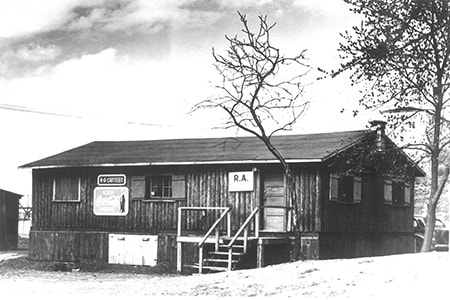 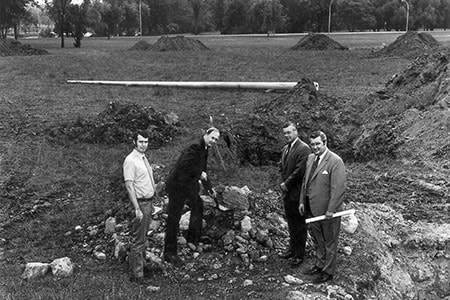 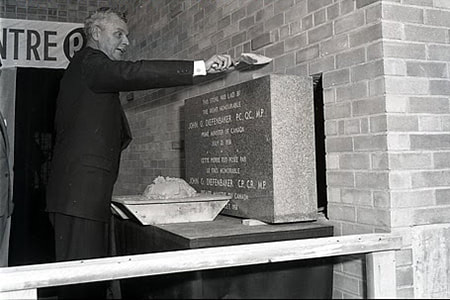 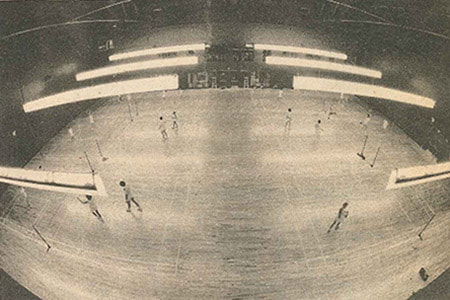 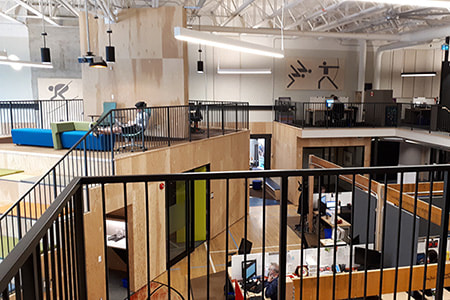 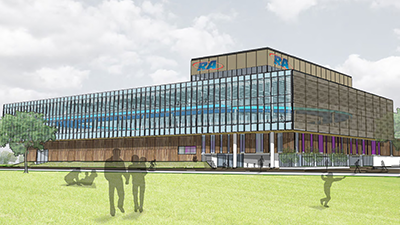 Building for our future - a Phased approach
In 2015, the RA set out an ambitious and innovative vision to be completed in phases.

PHASE 1 - The House of Sport
A renewed focus resulted in an $8 million investment to design and develop the House of Sport, a unique and innovative sports hub re-purposing 40,000 square feet in the west wing of the RA Centre. This first in Canada project, integrating over 40 partners the majority being National and multi-sport organizations, has received international interest and recognition. Read more...


PHASE 2.5 - Recapitalization of the RA
Contribution from Phase 1 & 2 will fund re-capitalization of RA Centre and related businesses. We will expand House of Sport to meet demand of space. Stay tuned...

Confederation Heights - A Comprehensive Master Plan
Canada Lands Company and Public Services and Procurement Canada (PSPC) are working together to develop a comprehensive Master Plan for Confederation Heights. The RA is actively involved in the process along with other important stakeholders such as Canada Post, Health Canada, the NCC, City of Ottawa, public utilities, and federal tenant groups, among others.

We are pleased that we have been engaged since the onset of the project and are excited about our continued involvement in helping to shape the vision for the future of Confederation Heights. This is an extraordinary opportunity to strengthen our not-for-profit organization and the ways in which we will continue to serve the National Capital Region.

The public engagement process will offer several opportunities to participate as part of the master planning process. We encourage you to stay involved in the process and help shape Confederation Heights for the coming decades.
​
Read more about the Master Plan for Confederation Heights.

Please contact Andrea Barchard if you have any questions on the RA's continued involvement in this multi-year process.